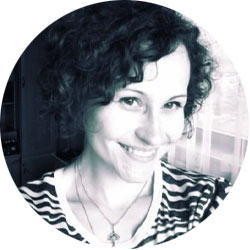 A huge language fan. She adores the swishing beauty of Polish, is fascinated by the intricacies of Latin
and hypnotised by the melody of Italian and French. Yet, her overwhelming love is English.
A Jagiellonian University graduate. She studied English philology, and holds a postgraduate diploma
in specialised translation.

A confirmed bookworm. Though she studied modern literature, she has a soft spot for all kinds of
myths and fairy stories. Her biggest dream is to turn her house into an enormous library.
Besides, she does some DIY and calligraphy. She prefers vinyl to mp3, and radio over television. She
was once called ‘an analogue girl in the modern world’, and holds the title very proudly. 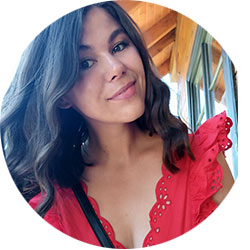 Monika is a graduate of English philology. She has graduated from Krosno State College. Firstly, she completed language and culture specialisation. Then, she studied Spanish for two years. After a few years break, she undertook studies at the same college, majoring in internet marketing. Her friends used to joke that being a student is her hobby.

Since her birth, she has been living in her home village Korczyna near Krosno. Her personality type is ENFP, meaning extraverted, intuitive, feeling, and perceiving. She’s curious about the world. She views life as a jigsaw puzzle. She loves to go with the flow. She believes that life happens one day at a time. She’s an empathizer and optimist.

She calls herself a chameleon because she can adapt to constantly changing environments. Indeed, she used to work as a shopping assistant, associate consultant and kindergarten English teacher. Currently she’s working as a copywriter. Writing about proper English charges her with positive energy. For her, this is one of the best ways of transferring knowledge.

Privately, she’s a mother of two children, Lena and Filip. She loves reading books and spending time actively, especially with people she loves. 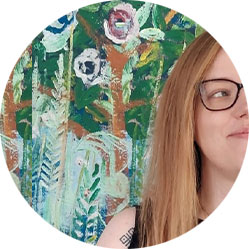 She is a translator and EFL teacher with an MA in English studies from the University of
Warsaw. She also dabbles in writing, subtitling and academic proofreading. Her MA-level
studies focused on translation, specifically the process of translation and experimental
approaches. She also completed two one-year postgraduate courses – one in proofreading
and editing texts in Polish, the other in audiovisual translation, which included skills
necessary to provide voice-over, subtitling and dubbing versions to films and series of
various genres.

When not pondering the complexities of linguistic correctness, she enjoys DIY, cycling and
playing any type of guitar she can lay her hands on. After all, manual pursuits provide the
best balance to intellectual work. She also plays the piano, which she learned in childhood at
a primary music school. However, she was never destined to become a musician; instead,
she followed her passion for English, and went on to make it her occupation.

By continuing to browse the site you are agreeing to our use of cookies.
X